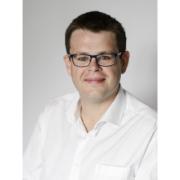 I work in the area of political sociology. My focus is on social movements, civil disobedience, the relation between democracy, civil society, state and nation as well as the role of trade unions in society. In addition, I also do research in the areas of social class and labour market.

Postdoc project: Mobilization in the era of social media: Introducing the decisive role of group level factors (2018-2021, funded by the Carslberg Foundation)

Based on big-data analysis of the Danish refugee solidarity movement on social media, this project develops new concepts and methods for analysing how political activity in social media groups influences political mobilization. Breaking new ground, this project will focus on how emotions active at the group (i.e. meso) level influence mobilization of activism by studying Facebook groups related to the Danish refugee solidarity movement in a quantitative research design. To grasp emotional effects at the group-level, the project will analyze how variation in the emotional mood of groups likely influences the political activism embarked upon by the group as well as the individuals.
The project will investigate the case of the refugee solidarity movement in Denmark which within few month in 2015 mobilized more than 100,000 members, making it the largest mobilization in Danish civil society in recent decades. By answering three research question, the investigation will develop the concept and operationalization of emotional moods:
1) How does variation in emotional moods of Facebook groups influence forms of activism at the individual micro-level?
2) How are emotional moods of Facebook influenced by the macro-level public political discourse?
3) Using big social media data, how can we measure emotional moods in groups and their variation over time?

Labour market research with focus on trade unions: In different collaborations with Assistant Professor Christian Lyhne Ibsen, Michigan State University, and Associate Professor Carsten Strøby Jensen, University of Copehnagen, we have studued trade union member recruitment and organizing with a specific focus on the the interaction between social customs and job-mobility and its effects on segmentation and wage-formation. The last, both with regard to the ability to provide a union wage premium and with regard to unions egalitarian effect on the wage income distribution.

Social class and stratification: In close collaboration with Assistant Professor Anton Grau Larsen, Copenhagen Business School we have developed the Mobility Network Clustering Algorith (MONECA) designed to identify clusters in dense weighted networks. Drawing on Dansih population data we have mapped the labour market mobility patterns and analyzed the social class structure of current Danish society, revealing results that only in part confirms existing universal class schemes and suggests that a more nuanced and datadriven approch is needed which is sensitive to different parts of the social class structure being generated by different mechanisms and processes.

I teach the mandatory courses Basic Methodology of Social Sciences I and II at the bachelor in Sociology. The courset introduces quantitative and qualitative methodology with extra focus on survey techniques and qualitative interview methods. During the courses the students will make theori own survey and inteview projecst taking them through all steps of an empirical research process from formulating research questions and -designs, developing a questionnaire/interviewguide, data-collection, data-processing and analysis and finally reporting.