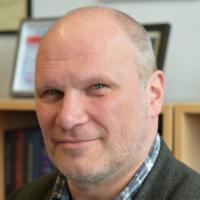 In 1994 he received a PhD from the University of Braunschweig, Germany for his work on thermotropic and lyotropic liquid crystalline drugs. After working as a Research Scientist in the Preclinical Development and Formulation at F. Hoffmann-La Roche in Basel, Switzerland, he became a Senior Lecturer in Pharmaceutical Sciences at Otago in 1999 and since 2003 held the Chair in Pharmaceutical Sciences in Otago.

Professor Rades has developed an international reputation for his research in the physical characterization of drugs solid dosage forms as well as in vaccine delivery using nanoparticulate systems (both polymeric and lipid based). Professor Rades has published more than 400 papers in international peer review journals as well as several book chapters and patents and one book. He is an Editor of the Journal of Pharmaceutical Sciences and the European Journal of Pharmaceutics and Biopharmaceutics and an Associate Editor of the Journal of Pharmacy and Pharmacology. He holds an honorary doctorate of Åbo Akademie University, Finland, a visiting professorship at the Department of Medicine at the University of Adelaide, Australia and an honorary professorship at the University of Otago, New Zealand. He is an Eminent Fellow of the Academy of Pharmaceutical Sciences (UK) and a Fellow of the New Zealand Institute of Chemistry. Professor Rades has successfully supervised more than 75 PhD students. He was awarded the New Zealand Tertiary Teaching Excellence Award for Sustained Excellence (2005) for his undergraduate and postgraduate teaching activities.

His research interests include the solid state of drugs and dosage forms, and nanoparticles as delivery systems for drugs and vaccines. Research in both areas aims to improve drug therapy through appropriate formulation and characterisation of medicines and to increase understanding of the physico-chemical properties of drugs and medicines. His research combines physical, chemical, and biological sciences and technology to optimally formulate drugs and vaccines for human and veterinary uses.