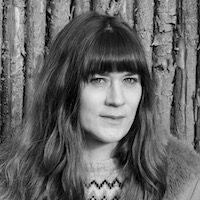 In my research, I focus on interrelations between the material dimensions of art and the human body and between production and reception processes as well as the tensions between representation and incorporation.

In my latest book Poetics of Breathing, I investigated how breathing and its rhythms—liminal, syncopal, and usually inconspicuous—became a core poetic and compositional principle in modern literature. Works across genres and languages allude to breath and incorporate pneumatic rhythms, from sound carried on the breath to silent pauses—often reflecting in the process on their own mediality, production, and reception. Poetics of Breathing is an investigation of the writing processes and literary works of key figures in the history of breath writing. After a critical examination of the rhetorical history of pneuma, I turned to in-depth comparative readings of paired figures, allowing their specific respirational poetics to emerge in conspirational dialogue with each other: Jack Kerouac and Allen Ginsberg, Robert Musil and Virginia Woolf, Samuel Beckett and Sylvia Plath, and Paul Celan and Herta Müller. Focusing especially on those moments where the physiology of breathing and the physicality of literature interpenetrate and interrupt each other, Poetics of Breathing reads breathing texts as human–nonhuman assemblages. Respiratory writing, reading, and listening all involve moments of exposure, encounters with the outside and with the other, destabilizing allegedly clear-cut boundaries between the organic and inorganic. A challenge to historical and contemporary discourses that tie breath to the transcendent and the natural, Poetics of Breathing traces a decoupling of breath from its traditional association with life, and asks what literature might lie beyond.

Intersections between the animate and inanimate are also the starting point for my new project, which is tentatively titled Post-Organicism. Rethinking the idea of aesthetic organicism, I want to investigate entanglements between organic and inorganic matter, form, and phenomena in different artforms. A first step is an edited volume on Mineral Poetics, which will be published in spring 2022. I am also working on a book dedicated to the material interrelations between desert landscapes and language in Cormac McCarthy’s Blood Meridian.