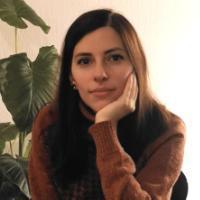 PhD project (working title): Pseudotranslations and Pseudobiblia in the myth of National Identity of the Risorgimento

The thesis examines metafictional strategies connected to the idea of translation (i.e., pseudotranslations of allegedly found manuscripts or the employment of fictional translators) in Italian Nineteenth-century texts which thematise national identity from a linguistic and political viewpoint. I suggest that the lack of a consistent tradition of the novel in Italy, and coincidentally the absence of a unified nation and language, led some authors to seek inspiration from foreign realities, hence employing translation as a topos.

By means of the analysis of my primary texts, I will focus on many aspects that are normally associated with postmodern literature. Pseudotranslations imply the existence of a fictional source text written in another language, thus making it relevant to borrow the term “pseudobiblia” from postmodern literature and the fantastic and dystopian novel. I apply these ways of representation to a different kind of literature, namely that of (pre)Risorgimento and post-unification Italy, that juxtaposes political engagement and literary and linguistic reflection (the Italian language is created by means of a literary effort). My primary texts are novels and short novels that variably play with reality and fiction by interposing a filter (that of a false translation or an invented translator/author) between the story and the real author, which is at the core of the novelistic practice.

My focus is on Manzoni, Foscolo, Cuoco, Settembrini.