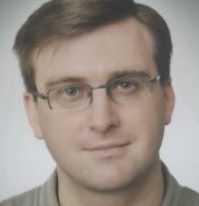 Post-translational modifications (PTMs) provide for a nearly limitless expansion of the structural space of the proteome of an organism and add manifold layers of complexity to the interactome. Protein glycosylation is arguably the most abundant and certainly the most diverse PTM. Of the two major classes of glycosylation - those occurring at Asn residues (N-linked) and those occurring at Ser, Thr, or Tyr residues (O-linked) - mucin-type (GalNAc-type) O-glycosylation is the most diverse and differentially regulated and yet the least understood. Site-specific O-glycosylation is emerging as an important concept for regulating protein processing and functions. However, full understanding of the nature and functions of this abundant type of protein glycosylation is severely hampered by lack of tools and methods for proteome-wide characterization of O-glycan structures at specific sites in O-glycoproteins.

In the field of O-glycoproteomics the analysis of glycan structures is already rather well established while the localization and quantification of O-glycans on single sites of proteins still offers considerable challenges. We have recently made a significant breakthrough in proteome-wide discovery of localization of O-glycosites (O-GalNAc, O-Man) by developing a state-of-the-art strategy based on mass spectrometry applied to genetically engineered cells, so-called “SimpleCells”, which express reduced glycan complexity. Using such modified cells a general answer to the problem of identification of O-glycosylation in proteins and determination of O-glycans attached in a global high-throughput manner was provided, e.g. reporting >15000 O-glycosites and >5000 O-glycoproteins.

Next Generation Glycoproteomics
The major obstacle is around two fundamental problems: 1) to overcome the difficulty of simultaneous identification and quantification of native glycan structures on single glycosites and 2) address glycosite occupancy and stoichiometry especially in complex matrix.

The Next Generation Glycoproteomics workflow based on the SimpleCell glycoproteome strategies to tackle the challenges of developing what will be the next breakthrough in PTM proteomics, namely high throughput glycoproteomics. This
approach should allow screening of complex samples under simultaneous identification of native glyco structures and glycosites. To advance quantitative glycoproteomics strategy development of high-throughput protocols for determination of glycosylation site occupancy will represent a next step. We will be able to simultaneously report site localization, and at the same time determine glycosylation stoichiometry and explore glycosylation dynamics. Wider application of these strategies should expand our knowledge of the different glycoproteomes and open for discovery of biological functions in health and disease. The strategy should thus have substantial impact for the cell biology field and even more widely in biomedicine. Moreover, the proposed strategy is likely to be highly applicable for other types of protein glycosylation and more generally to other complex posttranslational modifications.

Tyrosine O-GalNAc glycosylation
Along with expansion of the O-glycoproteome an interesting new development was the discovery of GalNAc attachment to tyrosine residues. We have currently identified a total of more than 150 Tyr O-glycosites. Currently, our understanding of the biology of this new modification of extracellular proteins is limited, and a first step is to further define this subset of the O-GalNAc glycoproteome. However, recently, phosphorylation of Tyr residues on membrane proteins have been identified on many of the same proteins in a close proximity where we have identified GalNAc-Tyr glycosites (Bordoli M.L. et al. Cell 2014). The aim is to develop a protocol for a selective enrichment of GalNAc-Tyr O-glycopeptides and further expand this O-glycoproteome. It is not yet known if the polypeptide GalNAc-T enzymes control this glycosylation or other unknown enzymes, but a potential for cross-talk between phosphorylation and GalNAc-type glycosylation on tyrosine residues can be proposed.

Clinical Glycoproteomics
Aberrant glycosylation occurs during cancer development. In O-glycosylation it leads into truncation of O-glycostructures towards NeuAc-GalNAc structure (SiaTn-epitope). As the result up regulation of SiaTn-glycopeptides could serve as a source of potential biomarkers. According to the project design next generation glycoproteomics platform is to be extended and applied for investigation of aberrant glycosylation in human bio fluids (plasma, urine) and tissues (liver, kidney, brain) of patient and as a groundbreaking tool in clinical studies.