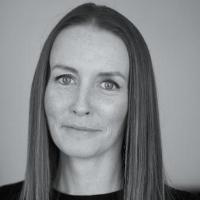 Miriam's research interests centre on public and international law and its relationship to climate adaptation, disaster risk reduction, social sustainability and human rights. She embraces postcolonial and critical perspectives, including on the rights regime. Miriam regularly presents on issues related to "climate refugees" and the mobilities and immobilities which arise in the context of disaster, as well as the rules, systems and institutions which govern such movement.

Miriam currently leads a project funded by the Independent Research Fund Denmark which examines climate and disaster resilience in the context of law and colonialism, with particular focus on Greenland and the Cook Islands. She is also Principal Investigator on the project "'Climate Refugees' in the Nordic Region? Legal and Policy Responses to New Patterns of Human Mobility" funded by the Joint Committee for Nordic Research Councils in the Humanities and Social Sciences. Miriam sits on the Advisory Committee to the Platform on Disaster Displacement and co-founded the Nordic Network on Climate Related Displacement and Mobility.

Prior to joining the Faculty at KU, Miriam represented the Australian Government on the Third Committee of the United Nations General Assembly, having independently negotiated a range of human rights resolutions, including those on the rights of migrants, trafficking in woman and girls, social development, and extreme poverty. Miriam has been a consultant to the United Nations Office on Drugs and Crime and managed Parliamentary Committee Inquiries in the Legislative Council of the New South Wales Parliament, as well as Law Reform Inquiries for the Victorian Law Reform Commission. She has also held positions in the International Legal Division, and the International Security Division and the Afghanistan Desk of the Australian Department of Foreign Affairs and Trade. Miriam was earlier part of the Australian Research Council funded project ‘Australia’s Response to Trafficking in Women: Towards a Model for the Regulation of Forced Migration in the Asia-Pacific Region’ hosted at Monash University.