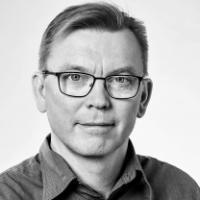 I am currently working on a PhD-project entitled:

By investigating electronic text corpora of Serbian and Croatian respectively, covering a period of a hundred years (app. 1900 – 2000) I shall analyse specific instances of linguistic change, primarily contact-induced change. I shall also consider whether any of these changes are instances of grammaticalization.

The focus will be upon changes induced by contact with the linguae francae of the time, German, French, Italian, Latin (app. 1900) and English (app. 2000).

The differences between the Serbian and Croatian norms are subject to great interest among scholars, and the differences have during the last 20 years been emphasized.

The question of which nationality says what in which way and especially what you should not say is a subject which interests not only the academia, but most certainly also the media, the politicians and ordinary people[1].

One of the often mentioned differences is the degree of acceptance of foreign linguistic matter.

Croatian is said not to accept foreign linguistic matter as readily as Serbian does.

As I do not believe that language is a natural force, which exists independently of human-made society, I will also look into the circumstances under which linguistic change occurs, both by looking both generally and specifically at language planning and language policy.

Thus, I will in this thesis endeavour to show:

[1] Croat bakers are notorious of correcting their customers, should they use the “Serbian, Bosnian, Montenegrin” word for bread: hleb or hljeb instead of the “proper” Croat name kruh