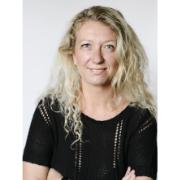 Marie’s research is led by a concern to understand societal changes with a focus on embodied conflicts. She has been engaged in understanding how the identity of and interplay between victim and offender often is complex reflecting shifting positions of power. During her research she has developed a profound expertise within sociological micro analysis. Her research is theoretically informed by feminist  with a materialist and spacial orientation, though also covering a wide range of classical sociological theory.

Her PhD on reported rape in Denmark was drawing on extensive research in filed police cases on rape. In 2012 her work was included in the recommendation of the advisory board of the criminal law in Denmark.

Currently Marie is Commissioning Editor of social science and humanities at Hans Reitzels Publishing House/Gyldendal, while she still teaches Sociology at the Department of Political Science. Marie is still actively publishing research and analysis of violence and sexual violence.

She teaches MA-level as well as BA-level courses in Sociological theory, Advanced qualitative methods, Sociology of culture and Feminist theory.