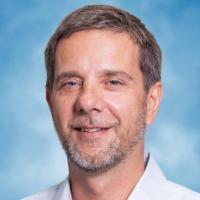 Luca Guardabassi (LG) is professor with special duties (PMSO) and leader of the research group One Health Antimicrobial Resistance. He is an internationally recognized One Health microbiologist specialized in AMR and antimicrobial therapy with over 180 publications in peer-reviewed journals (H-index 57  on Google Scholar, last accessed in March 2021). LG graduated in Veterinary Medicine at the University of Pisa in Italy in 1994, and obtained his PhD in Microbiology from the Royal Veterinary and Agricultural University in Denmark in 2000. Diplomate of the European College of Veterinary Public Health (ECVPH) since 2005 and the European College of Veterinary Microbiology (ECVM) since 2020. For over 20 years, his research has focused on evolution and epidemiology of multidrug-resistant bacteria of clinical relevance in human and veterinary medicine, including but not limited to VRE, MRSA, MRSP and ESBL-producing Enterobacteriales. Among the highlights, he contributed to a better understanding of the environmental origins of some of the most feared AMR determinants in human medicine, namely glycopeptide resistance operons in Gram-positive bacteria and carbapenemase-encoding genes in Gram-negative bacteria. In recent years, his research has shifted focus towards bacterial response to antimicrobials, antimicrobial drug target discovery, and metagenomics of the intestinal and respiratory tract in domestic animals. He is a pioneer of antimicrobial stewarship in veterinary medicine and participated in numerous national and international working groups for developing guidelines for rational antimicrobial use in animals. As part of his honorary office, he is a member of the executive committee in ESCMID Study Group for Veterinary Microbiology (ESGVM) since 2015 and chairs the Therapeutic Guidelines Group of the World Small Animal Veterinary Association (WSAVA) since 2018.