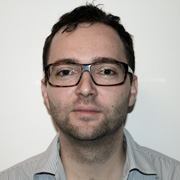 I am currently working on two essays. One is on the Royal Orphanage on Nytorv, Copenhagen (1727–1795) and the official documents that staged the king as supporter and amplifier of private devotion and charity. The orphanage was influenced by German Pietism and promulgated a strange blend of religious devotion, education, and modern enlightened standards. The other essay I am writing concerns the Danish reception of a book on decorum that stemmed from Pietist Halle. It was translated into Danish and Latin in the mid 18th century. It is my hypothesis that this book’s attempt to formulate a middle position for religious devotion and civility had the – perhaps unintended – consequence of secularizing religious concept by translating or displacing them.