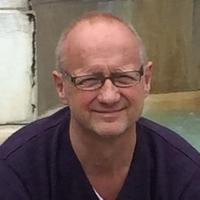 1) Strateiges used by Salmonella and APEC/UPEC E. coli to prevail in the host with emphasis on metabolic adaptations in the bacteria and factors of the bacteria and host(s) which determines host spectrum of infection.

2) Selection of antimicrobial resistant E. coli and Salmonella, and the molecular mechanisms involved in spread of resistance among these bacteria with a dual focus on treatement of diarrhoaeal diseases in pigs and resistance in general in livstock and humans in low and middle income countries.

3) Adapations taking place in multi drug resistant E. coli when they grow in the presence of high concentrations of antimicrobials.

4) Molecular (qPCR and whole genome sequence based) methods for detection and typing of pathogenic and antimicrobial resistant bacteria.

5) Development of improved vaccines against post weaning diarrhoea in pigs.

6) Alternatives to antimicrobials (plant extracts and bioactive fermentation products from milk) including development of resistance to plant extracts.

I teach clincal microbiology and biomedicine at the Veterinary degred programs.