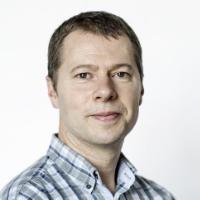 Department of Sociology, University of Copenhagen

Positions at Department of Sociology, University of Copenhagen:

Member of study board, at Department of Sociology (2016-)

Cryptomarkets for Illicit Drugs. (PI: Dr. Jakob Demant) The project have an interest in understanding the scope of the markets and how the cryptomarkets transforms crimes both online and offline. Funded by The Ministry of Justice (2016-)

Studies on youth and young adults, youth crime, cybercrimes, sociological consumption studies and theories, studies in alcohol and other substances, general sociological theory (especially on embodiment, affects, social context, risks and pleasures), theories and studies on gender and sexualities. Demant has published and teaches master causes in mixed methods. His ambition is to develop methods based on state of the art and in the same time tailor them to the specific task. His ability to work with novel methods and move between symbolic and interpretative perspectives, cognitive perspectives, pragmatic perspectives can be found in his publication as well as doctoral supervising.

Member of boards and networks:

International Journal of Alcohol and Drug Research (IDJR), member of editorial board (2014-)

Kettil Bruun Society for Social and Epidemiological Research on Alcohol (KBS). Member of board (2008-2013):

Centre for Sociological Studies (CESAU). Member of steering group. The center aims to support and develop sociological education and research at Aarhus University. (2009-2014)

Demant have an excellent ability to lead and supervise complicated research projects that involves a number of different disciplines and methods. His former employment in the crossdiciplinary field of alcohol and drug research has involved working with psychology, anthropology and political scientists. Besides leading students, research assistants and PhD students in the projects above I have participated within the CBS Research Management Course (2011).

Supervision of post-docs and PhD students.

Dr.Martin Davoren, University of Cork, is supervised in his ambition to obtain a post-soc fellowship based on the project “Alcohol Consumption among University Students: Developing a typology to tailor effective research, policy and interventions”. DR. NOA MILMAN

Peer-review work for the following journals:

Demant has over 60 publications including: 2 books; 45 peer-reviewed journal articles. His google scholar profile shows 540 citations, with an h-index of 13 and an i10-index of 14 (at 02 August 2016). Within a Danish context Demant has ben central in informing policies and prevention strategies regarding alcohol in youth. He has been partaking in meetings with Minister of health and relevant organizations as Kræftens Bekæmpelse, Kommunerns Landsforning, SSP samrådet ect. He has further been an frequent invited speaker and workshops organizer in the field of alcohol and drug prevention within the municipalities in Denmark.