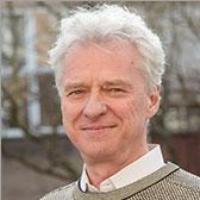 Eugene Polzik is professor of physics at the Niels Bohr Institute at the University of Copenhagen and the leader of QUANTOP – Quantum Optics Center. His research interests are within quantum physics of matter and light, quantum communication, quantum sensing, and quantum information technologies. Among his notable results are demonstration of the quantum teleportation between material objects, a quantum memory for light, an optical detection of radio waves using a nanomechanical oscillator, a quantum optical interface with a cold atomic crystal, and measurements of motion and fields not restricted by the Heisenberg uncertainty.

Eugene Polzik has published more than 170 papers in refereed journals including a number of papers in Science and Nature journals. For the complete list of publications see https://scholar.google.com/citations?user=dXmbUEAAAAAJ&hl=en&oi=ao

Eugene Polzik is a member of the Royal Danish Academy of Sciences, Fellow of the American Physical Society and Fellow of the Optical Society of America. He is a recipient of several awards. including the Herbert Walther Award of Optical Society of America and German Physical Society, the Gordon Moore Distinguished Scholar award, the Scientific American Research Leadership award, the European Research Council Advanced Grant award (twice) and the Danish Association of Academics award.