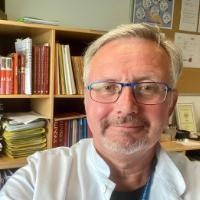 Brief description of professional development I graduated as DVM from the Royal Veterinary and Agricultural University (KVL) in 1986. Having worked as private practitioner in large and small animal practices, I commenced a PhD.-study at the Central Laboratory, KVL, in 1988. In 1991, I became PhD. with a thesis on clinical chemical diagnosis of liver diseases in dogs with a main focus on bile acids. From 1991 to 1994, I was assistant professor at the Small Animal Hospital, KVL and in 1994, I obtained the degree Dr.Med.Vet. with a thesis on methods to validate diagnostic tests with a special focus on diagnostic tests for endocrine diseases and liver diseases in dogs. From 1994 to 1996, I was appointed associate professor at the Central Laboratory, KVL. In 1996, I was appointed professor in Veterinary Clinical Pathology and director of the Central Laboratory.

In 2009, I became Head of the Department of Basic Animal and Veterinary Sciences.

From January 1, 2017, to December 31, 2021, I was Head of Department of Veterinarary Clinical Sciences which was formed by merging the large animal clinical and companion animal clinical areas.

From January 1, 2022, I became Special advisor to the dean and Professor at the Department of Veterinary Clinical Sciences