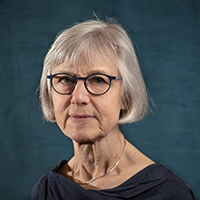 I have been a GP for many years and have always taken an interest in mental disorders. I have a psychotherapeutic education and an education as a supervisor. From 2005 to 2008 I conducted a qualitative PhD-study about talking therapy in the general practice. My primary areas of interest are the doctor-patient relationship, psychological theories and concepts that are relevant for general practice, and qualitative method development. In particular, I am concerned with the borderland between psychiatry and general practice with a focus on creating a common language and common useful concepts. In that respect I work with the concept of mentalization. I am also interested in philosophical and sociological theories in relation to concepts of illness and treatment in psychiatry and theories about the link between bodily and mental symptoms and disorders. During the last years I have been interested in and conducted projects exploring the understanding between doctor and patients, especially in relation to patients with depression, and the understanding and cooperation across sector borders about patients with mental disorders. I cooperate with language psychologists and organisational researchers and we use both linguistic methods as conversation analysis and systemic functional linguistics and different implementation theories as for example normalisation process theory.

Understandings and transsectorial treatment of patients with general widespread pain.