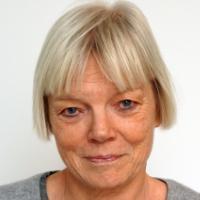 2000: January, research stay in New York, studies at the Paley Media Center and the New York Public Library for the Performing Arts.

2004-2005: Head of Section, Film and Media Studies Section and vice head of department, Department of Media, Cognition and Communication

Participation in numerous assessment committees in Denmark and Scandinavia

Reviewer for Danish, Scandinavian and international journals of film and media studies.

Member of evaluation committees (selected) since 2009:

2006: Expert advisor for the Finnish Academy.

2006-2007: Member of the board of evaluators of the Swedish University and Högskola studies in film, musicology, theatre, and art.

2010: Evaluator of Studies at the Department of Media, Communication and Journalism, Stockholm’s University.

2015 and 2016: Member of board of evaulators, Swedish Research Council

1997-2001: Member of the National Council for Education (personally appointed by the Danish Minister of Education),

2001-2004: Director of the Danish Association of Film and Media Researchers.

2001-2005: Member of the Council for the Cinematheque, The Danish Film Institute (representing The Department of Film and Media Studies)

2001-2009: Externally appointed member of the Research Council at the Royal Danish School of Librarianship

2008-2014: Chair of the board of censors, Department of Aesthetics and Culture, University of Aarhus, Denmark

2011-14: Member of the board of evaluators for the Swedish Risbankens Jubileumsfond (Swedish Centennial Foundation).

1996-1999: “Den billedskabte virkelighed” [Visual Realities], financed by the Faculty of the Humanities, University of Copenhagen.

1997-2001: “Kulturell uorden” [Cultural Disorder], financed by the Norwegian Research Council for the Humanities.

1999-2002: “Realitet, realisme, det reelle i visuel optik” [Reality, Realism and the Real in Visual Culture], financed by a Freja grant for female researchers by the Danish Research Council.

2013-2016: ”Ageing and old age in the media and elderly people’s media use” (grant 5,3 mill. DKr from the Velux Foundation,  co-writer of application)

2013-2017: ”Living with statins” – a cross-disciplinary project funded by the Copenhagen University 2016 excellency program (grant 20 mill. DKr from the University of Copenhagen, co-writer of application)

2014: Reciever (together with professor Anne Gjelsvik, NTNU, Norway (as main applicant) of grant from the the Nordic Committee for Nordic Research Councils for the Humanities and Social Sciences (NOS-H) for two explorative workshops titled ”Face Value” (200.000 NKr).

2014-2015: Participation (and direction of Danish part together with Professor Kim Schroder, Roskilde University) in the large international study of the reception of the third Hobbit-film, ”The World Hobbit Project” (recieved departmental grant for the collection of quantitative data by professional firm).

2017: Grant from nordisk Ministerråd for a project about Nordic Women in Cinema (co-applicant)

Participation in Scandinavian and international networks: