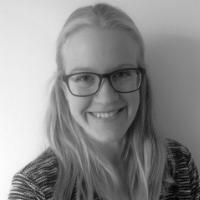 I am currently in a PhD fellowship in the group of Niels Behrendt at the Finsen Laboratory/BRIC, where I am investigating novel ligands and biological functions of a group of endocytic proteins, the Mannose Receptor Family. The aim is to further clarify the role of these receptors in health and pathological conditions, including cancer invasion and metastasis.

During my PhD studies, I will work to identify biologically relevant ligands of a family of endocytic receptors of which at least one, uPARAP/Endo180, is known to play important roles in fibrosis and certain cancers. The cellular roles of these receptors are incompletely known, in particular with respect to the identity of their ligands which they internalize for intracellular degradation. I will thoroughly characterize the properties of a set of pre-selected candidate ligands by studies in vitro, ex vivo and in vivo using gene-inactivated mice deficient for the receptors in question.  Furthermore, I will set up a mass spectrometry-based proteomics screen aiming at identifying unknown ligands taken up by these receptors in vitro and in vivo. Methods will include several techniques within cell biology, molecular biology and protein chemistry as well as work with mice to clarify protein function in vivo. The work is expected to lead to important new knowledge on the role of a group of important receptor proteins.