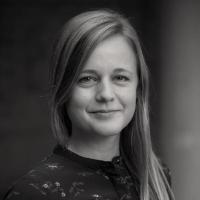 My scientific interest and motivation are based on translational research. Although my studies have all been based on the malarial VAR2CSA protein, focusing my research on a single protein has unpredictably shown to be a great advantage for exploring a broad panel of different scientific and clinical fields.

As a master student I had the privilege to join the VAR2CSA team at Centre for Medical Parasitology. I studied VAR2CSA as a vaccine candidate against pregnancy-associated malaria and explored different display and delivery systems for VAR2CSA, which resulted in a platform based on virus-like particles. I also accelerated the production of the recombinant VAR2CSA protein in an E. coli production system, which allowed us to gain the yield and quality of protein that we needed for the initiation of a novel VAR2CSA-based cancer project.

The cancer project is based on the findings that the VAR2CSA-binding ligand, oncofetal chondroitin sulfate, is shared between the placenta and tumors. Importantly, it is absent from all normal examined tissues, and as a result VAR2CSA-binding seems to be highly cancer-specific in non-pregnant individuals. As a PhD student, I moved from malaria research and vaccine development into the field of cancer and became part of a team, which has been highly determined to explore the use of VAR2CSA as a tool for cancer diagnostics and therapeutics. We have conducted several studies, which through multidisciplinary methods established the pronounced cancer potential of VAR2CSA.

One of the advantages of being a part of a new, exciting project as the VAR2CSA-cancer project is that it seems to hold infinite possibilities. My main focus is however to explore the diagnostic cancer potential of VAR2CSA, and I currently lead a VAR2CSA subteam who shares this ambition. We develop novel diagnostic cancer methods for the detection of circulating proteoglycans from body fluids as well as for the capture or detection of circulating tumor cells from blood samples. By exploiting the specific VAR2CSA binding, we investigate the prognostic value of oncofetal chondroitin sulfate with the hope of showing clinical utility in form of early diagnosis, monitoring or selection of therapy.

My team currently focus on the potential of VAR2CSA to