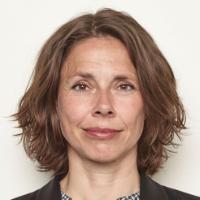 Teaching, research and management:
Teaching (since 2006): Supervisor/Co-supervisor of 14 Ph.D. students (11 graduated, 2 active, 1 discontinued), 18 Post Docs (7 active) as well as many MSc and BSc project students. Course responsibility and lecturer at BSC, MSc and PhD level courses at University of Copenhagen.

Research Focus and main activities:
-Solution small-angle scattering (X-rays and neutrons, i.e. SAXS and SANS) for investigations of various self-assembling and colloidal systems of biological, biotechnological or pharmaceutical relevance. This includes ad-vanced sample preparation, instrumentation and strong expertise in advanced data analysis.
-Lipid-protein co-structures, including nanodiscs and high density lipoproteins, and the use of these for investigat-ing membrane proteins.
-Strong engagement in the European Spallation Source (ESS) and Max-IV projects. This includes strong contribu-tions to securing that ESS is being established and in attracting it to the Øresund region. Later contributions include science policy for securing optimal instrumentation for samples from the Life Science area and in particular struc-tural biophysics.
-Various industry outreach activities on the application of small-angle scattering to support that also Danish indus-try will benefit from the upcoming ESS and Max-IV facilities.

Publications and dissemination: 81 peer reviewed publications, Google Scholar: ~2500 citations, H‐index 27 (see e.g. google scholar for details). Many (60+) international conference presentations and posters, including invited speaker/plenary speaker at several major international conferences. Many presentations at national and interna-tional meetings and workshops (around ~20 per year over the last 10 years). Around 1/3 of these have had science policy agendas and in particular in relation to the ESS and Max-IV projects and general X-ray/neutron science.