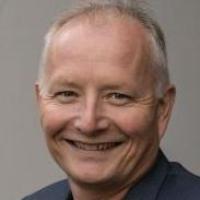 Jørgen Frank Pind Wojtaszewski (b.,1964) achieved his MSci in Human Physiology in 1992 from the Faculty of Science and his MSci in Human Biology in 1994 from the Faculty of Health both at The University of Copenhagen. He was in 1997 awarded the degree of PhD in Natural Science based on the thesis entitled: Signalling transduction in exercise and insulin stimulated glucose transport in skeletal muscle.

Jørgen Wojtaszewski received 8 years of post doctoral training in physiology and molecular physiology through research conducted at the August Krogh Institute, University of Copenhagen, at the Copenhagen Muscle Research Center, DK and at Joslin Diabetes Center, Harvard University, Boston US.

In his 20 years research career Jørgen Wojtaszewski has authored more than 215 original papers as well as +20 review articles in the area of metabolism and cellular signaling describing studies of animal models as well as human in both health and diseased conditions. The papers appear in leading international diabetes, medical and physiological journals such as Nature Medicine, Nature Genetics, Journal of Clinical Investigations, Cell Metabolism, Diabetes, PNAS, Diabetologia, FASEB J, Journal of Physiology, American journal of Physiology.

Jørgen Wojtaszewski´s current H-index is 62 and the total number of non-self citations is +10500.

Jørgen Wojtaszewski has served as member of the Editorial Board of Diabetes and recently (2011) terminated 6 years as Associate Editor at Journal of Applied Physiology.  Jørgen Wojtaszewski has served as organizer of both national and international meetings/conferences, and has been co-organizing international post graduate courses and summer schools.