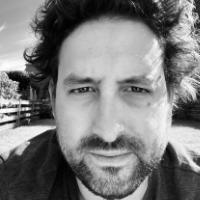 This academic year (20/21), I'll be teaching sociology as part of the SAMF-course for BA-students in history and the MA-course "The League of Nations: international organization, international politics and internationalism, 1850s-1950s". I'll also be supervising MA-thesis.

(1) I am part of the The DFF-funded collective project "Laying the Foundations: The League of Nations & International Law". I will deliver research on international law, security & global disarmament governance in the interwar period.

(2) I am the PI of the NOS-HS project "Scandinavian Internationalist Diplomacy, 1920s-1960s".
The program for the first workshop can be found here.

(3) An edited volume, together with Gunvor Simonsen (KU) and Laura Almagor (Uni. of Sheffield) on Global Biographies, where we offer theoretically and methodologically reflective chapters that showcase three approaches for historians to write biographies that engage with global themes, problems or processes.

(4) The monograph The International Bureaucrat in the Twentieth Century - A Transnational Biography of Thanassis Aghnides (Palgrave, contracted for 2021).

In 2019 I published:
(1) A special issue entitled "Rethinking European Integration History in Light of Capitalism" in European Review of History (26:4), together with Aurélie Andry (Glasgow Uni.), Emmanuel Mourlon-Druol (Glasgow Uni.) and Quentin Jouan (UCLouvain). Besides contributing to the general introduction, I contributed an article together with Christos Tsakas (Princeton University) entitled “Capitalism, Crisis and Common Policies: Greek–Norwegian Responses to Common Shipping Policy Efforts from the 1960s to 1970s”.
(DOI: https://doi.org/10.1080/13507486.2019.1592121)

(2) Three co-written peer-reviewed articles on the Secretariat of the League (see below).

(3) The anthology The League of Nations – Perspectives from the Present (Aarhus University Press, 2019), edited together with Karen Gram-Skjoldager, which is an accessible and richly illustrated volume displaying a wide variety of cutting-edge research on the many ways the League of Nations shaped its times, and continues to shape our contemporary world.
Link: https://unipress.dk/udgivelser/l/the-league-of-nations/

(4) A chapter on “The Accession of Austria, Sweden and Finland” co-written with Michael Gehler in the edited volume The European Commission, 1986-2000. History and Memories.
Link here.

My postdoc (2016-2018), as part of the collective project The Invention of International Bureaucracy at Aarhus University (headed by Karen Gram-Skjoldager), dealt with the development of international bureaucracy within the League of Nations. Particularly, I have worked with the development of a code of conduct for international officials from the League to the United Nations; Scandinavian employees in the League Secretariat and their career trajectories after the Second World War; the Disarmament Section of the League Secretariat; and developing a far-reaching research blog. Having taken a special interest in Director of the Disarmament Section, Thanassis Aghnides, I am developing a manuscript for a biography. Publications from the project include:

My PhD (EUI, 2016) dealt with Norwegian diplomats and their efforts to secure Norwegian membership in the European Community between 1960 and 1972. Combining oral history, institutional theories and primary sources from Britain, Denmark, Norway and the EU archives (Brussels and Florence), the thesis uncovered how a small group of diplomats became increasingly pro-European through socialisation with European networks, profoundly shaped Norwegian EC-policies, and played a crucial and deeply problematic role in the popular referendum in which the Norwegian people rejected membership. ‘Europeans : Norwegian diplomats and the enlargement of the European Community, 1960-1972’ was awarded Best thesis in EU integration 2015-2016 awarded on the occasion of the 60th Anniversary of the Treaties of Rome in 2017.

The thesis is being developed into a monograph, but has also spun off into several publications:

I am Review and Online Media Editor of Diplomatica: A journal of diplomacy and society (Brill) and Centre Coordinator of the Centre of Modern European Studies (CEMES), Faculty of Humanities, University of Copenhagen.