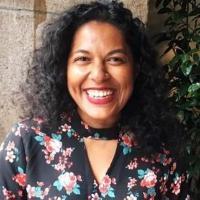 In 2005 I received my M.Sc (Med) in Clinical Microbiology and Infectious Diseases from the University of Witwatersrand, Johannesburg, South Africa. In 2008, I got my PhD at the University of Copenhagen, Denmark in the subject area of antibiotic resistance and zoonosis. Between 2009-2011, I was a Post-Doctoral fellow at IVS working on an EU-funded project called PILGRIM. The aim of PILGRIM was to development strategies to control nosocomial and community spread of methicillin resistant Staphylococcus aureus ST398. My role within this project was to study the comparative host-range, colonization and selection of MRSA ST398 and other MRSA clonal lineages using animal models and in vitro adhesion assays.

In 2012, I was employed as an Assistant Professor at IVS and obtained my own project funding from the Danish Council for Independent Research: Technology and Production Sciences (FTP) to investigate the potential use of bacteriophages and phage lysins as alternatives to antibiotics to treat multi-drug resistant Staphylococcus pseudintermedius. In addition to this, in 2012, I was awarded the Sapere Aude Young Elite Researcher along with research money to study the host-pathogen interactions of S. pseudintermedius using live imaging microscopy tools. Complementary to these projects, I am using next generationwhole genome sequencing to shed light on the evolution, host adaptation and successful spread of methicillin resistant S. pseudintermedius (MRSP). I am the co-supervisor for four PhD students investigating colonization dynamics and pathogenesis of S. pseudintermedius, development of a bacteriophage cocktail to treat canine skin infections caused by MRSP, and the effects of therapeutic antibiotics on global gene expression in antibiotic resistant bacteria. Finally, I am assisting with co-ordination of a Marie Curie Initial Training Network called TRAIN-ASAP (http://www.train-asap.eu/).